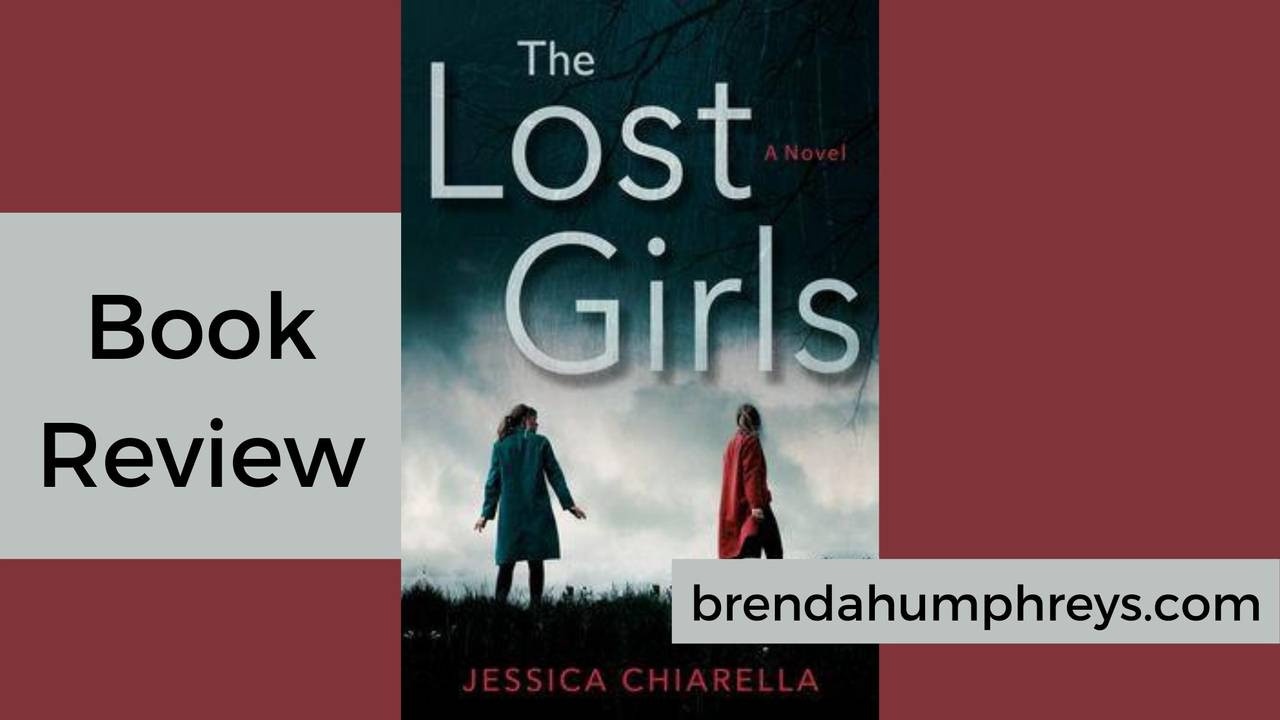 The Lost Girls by Jessica Chiarella is about a woman still trying to deal with a tragedy that happened to her twenty years ago.  When Marti was eight years old, her sixteen-year-old sister, Maggie, was kidnapped.  Unfortunately, the police never did figure out what happened to Maggie after a thorough investigation.  Therefore, the search stopped, and it became a cold case.  The story is about Marti's search for answers to Maggie's disappearance and consequently trying to solve another murder case.

SYNOPSIS OF THE LOST GIRLS BY JESSICA CHIARELLA BOOK REVIEW

The Lost Girls begins by telling the story about Maggie's kidnapping.  She was sixteen years old when she got into a car with a man, and her family never saw her again.  Marti Reese was eight years old and was the only witness to the incident.  Maggie was holding Marti's hand, and then Maggie let go and yelled to Marti to run home.  Those were the last words Maggie spoke to her. After that, Marti would go over the scene in her head many times, with some details becoming blurred.   Still, after all these years, she wants to know what happened to her sister.

But the runaway theory is a compelling one, especially considering all the terrible alternative possibilities. And it’s made even more compelling by the fact that, in the weeks leading up to her disappearance, Maggie took large amounts of cash out of the checking account my parents had set up for her, totaling over six hundred dollars. No one knows what she did with the money, only that it wasn’t left among the rest of her things in her bedroom at our house. p. 23

The police never found a body, so they do not know whether she was killed, kidnapped, or ran away.

It's been twenty years since the kidnapping of Maggie.  Marti and her friend, Andrea, decided to start a podcast talking about Maggie and the investigation that she pursued, hoping to get some answers to the cold case.  Maybe someone in her audience would come forth with some clue as to what happened.  So Marti and Andrea did the first season on Maggie.

After the shows aired, many strange people would contact Marti to say they had some information about the case.  She finally ignored the calls because they were not actual leads.  Instead, people would make up stories giving Marti false hope.  That is until Ava contacted Marti because she was believable.  Ava said she knew of a murder case of a girl that could be related to Maggie's case. Maggie and Sarah are the lost girls, the title of the book.

“But if the CPD hadn’t focused only on Colin, you’d have two unsolved crimes involving teenage girls with similar physical descriptions, both of whom lived within view of each other for a period of time, transported by a man in a car at about the same time of day.” p. 123

Marti was interested and met Ava to find out about this other investigation.  Someone murdered Sarah Ketchum, and Colin has been in jail for her murder for the last seven years.  However, Ava says that the detectives discarded some evidence. She insisted that Colin did not kill Sarah.  The killer is still out there and may have also murdered Maggie.  Colin was Sarah's boyfriend, which is always the first suspect.  Colin is Ava's younger brother, and she wants to get him out of jail.

The majority of the book, The Lost Girls, is about solving Sarah's case, trying to find the actual killer.  There were hints about Maggie's case, but that wasn't the focus.  I kept wondering if we were ever going to find out what happened to Maggie.  I was confident that we would find out who killed Sarah, but will we ever know who killed Maggie?  The questions I keep asking myself while reading the book are "Who killed Sarah if Colin didn't?" and "How is this case related to Maggie's?

After reading the book's last page, I sat on the couch contemplating what I had just finished reading.  It wasn't an abrupt ending with all of the answered tidied up, like in most fiction novels I read.  It wasn't the ending I expected, but I was happy with the unique conclusion.

Marty is a messed-up girl who never got over her sister's disappearance.  The ending of the story provides some acceptance of the situation.

Stay connected with news and updates!

Spam Free: Your email is never shared with anyone. Opt out any time.

Get notified of my latest book reviews.

Spam Free: Your email is never shared with anyone. Opt out any time.

Want to receive my free Weekly Newsletter in your inbox?

Spam Free: Your email is never shared with anyone. Opt-out any time.