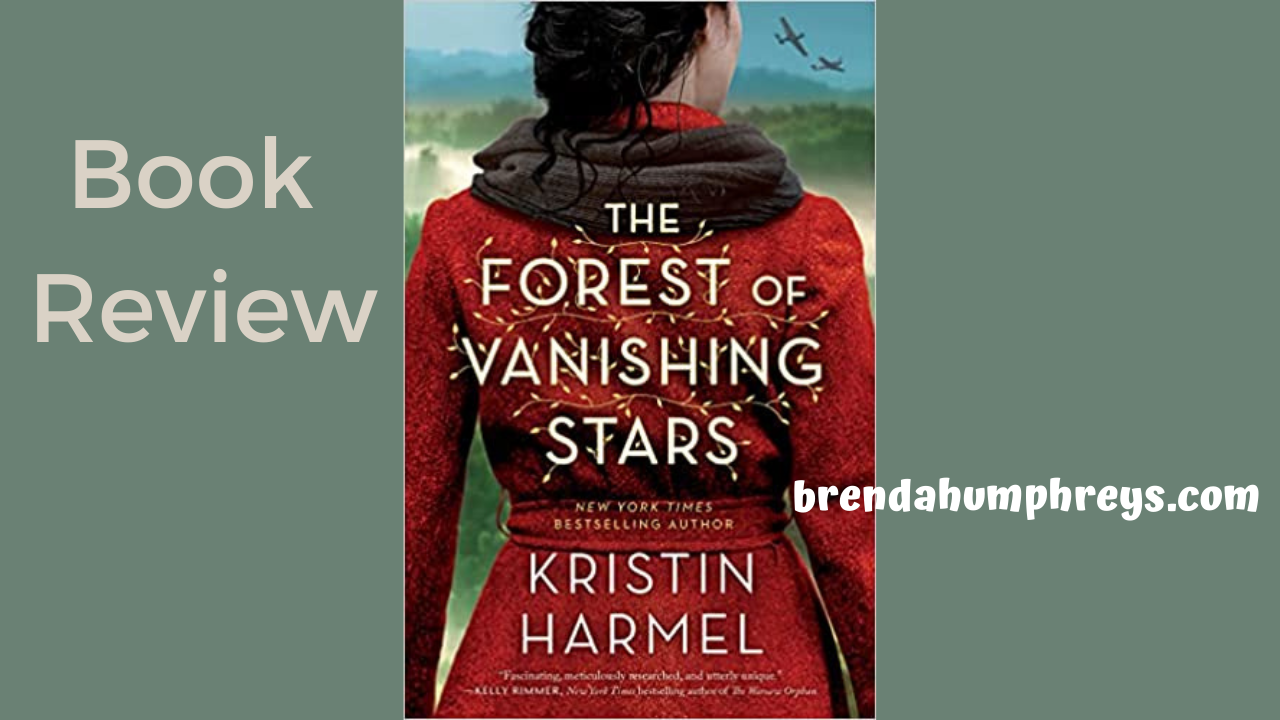 The Forest of Vanishing Stars by Kristin Harmel is a story about survival, which takes place in a forest outside of Poland during World War II. It is a historical fiction novel. I picked up this book to read because I love to learn about history through stories. There is a lot of history in this book, and the author tried to be as accurate as possible.

Although this book is fiction, actual events similar to those told in this story did happen to real people.  Consequently, the author had used their names as characters in the book.  At the end of the book, she talks about real Jews she interviewed who fled to the forest during World War II.  They lived through the horror when the Germans swept through Poland, murdering the Jews.  In addition, they witnessed their loved ones die.

The Forest of Vanishing Stars Synopsis

The Forest of Vanishing Stars begins with Yona being kidnapped at two years old by an old woman named Jerusza.  Yona's parents named her Inge, but the day Jerusza stole the girl, Jerusza changed her name to Yona to keep her safe.  Yona was born on July 6, 1920.  She had a birthmark in the shape of a dove on the inside of her left wrist.

"Furthermore, Jerusza had known, from the moment she first saw the light over Berlin, that the child was to be called Yona, which meant "dove" in Hebrew.  She had known it even before she saw the girl's birthmark, which hadn't faded with time but had grown stronger, darker, a sign that this child was special, that she was fated for something great." (p. 15)

Jerusza was 82 years old when she stole Yona.  She'll live 20 more years to be 102 years old. She knew the exact day that she was going to die. Jerusza knew things that no one else did.  It was in her heritage; her whole family was like that.  But Jerusza is the last of her family because she has no children.  This gift will die with her.

The sky told Jerusza to kidnap Yona and take her to the forest.  Jerusza didn't know why and for the rest of her life, she would never understand.  But she did what the sky and earth told her to do.

Jerusza grew up in the forest all her life and she raised Yona the same way.  Jerusza taught Yona everything about how to survive in the forest, including all the ways to kill people, how to find food, and how to build a shelter in all seasons. She also taught Yona how to speak fluently in several languages so that she would understand whatever language her enemies spoke.

"Sometimes Yona asked why.  Who would want to hurt her?  What would they try to do?

But Jerusza never answered, for the truth was, she wasn't sure.  She knew only that in the early-morning hours of July 6, 1922, as she hurried with a two-year-old child into the forest, she heard a voice from the sky, sharp and clear.  One day, the voice said, her past will return - and it will alter the course of many lives, perhaps even taking hers.  The only safe place is the forest." (p. 23)

As Yona grew up, World War II was taking place.  They had to hide from the soldiers searching through the forest for Jews that escaped.  However, Yona had no clue what was going on outside the forest.  Jerusza wouldn't tell her anything.

Jerusza died when Yona was 22 years old.  She did not talk to Yona about her parents until the day she died.  The only thing she said was that her parents were evil people and that the earth told her to steal Yona to keep her safe.  She finally revealed her parents' names.  Yona did not know if she would ever meet them or what to do with this information.

Yona continued with her ordinary life in the forest until, a few months later, she met a group of Jews who escaped from the Germans and fled to the woods.  They did not know how to survive in the forest.  So Yona taught them.  She was hesitant because she did not know if these people were her enemies.  But she soon became like family to them.

These Jews told Yona of the atrocities that were happening in the villages in Poland from where they escaped.  The Germans swept through Poland, murdering thousands of Jews.  She was saddened and angry to hear about the events that were occurring.  She wanted to keep her new friends safe.

"Yona knew the words weren't intended to wound her, but they did.  Was she only meant to preserve life for a moment before being driven away?  It was a strange role to play, and it stirred in her a great feeling of loneliness, a sense of belonging nowhere." (p. 280)

Yona was unsure about her role in life and what her destiny was.  She is trying to fit in; however, she is not Jewish.  Therefore, some of the Jews won't accept her into their group.  The Forest of Vanishing Stars describes the emotions she goes through and the enemies she needs to fight to survive.

II loved The Forest of Vanishing Stars. However, I was even more intrigued when I learned about the events that inspired the book. After I read the book, I thought it was good, but it was fiction because how could someone live in the woods all of their life? Nevertheless, it piqued my interest, and I wanted to know more.

As I read the book, I wondered what Yona's destiny was?  Why did the forest call Jerusza to save Yona?  Jersza did not even know the reason.  The beginning of the book says that Yona was "fated for something great."  That kept me wondering throughout the book.  I wanted to know what her destiny would be.

Another question I had as I was reading was if Yona would ever see her parents again.  Several times the author mentions her parents' names.  I'm sure Yona thought of them often.  Maybe someday she would meet them and move out of the forest.

I enjoyed learning how people survive in the forest.  Yona taught the group how to fish and make temporary tents in the summer for lodging and underground huts for the winter months.  In addition, they made medicines from the herbs in the forest.

I would recommend The Forest of Vanishing Stars to people who like history.  This book is a glimpse into what some Jews in Poland went through.