Such A Quiet Place Book Review 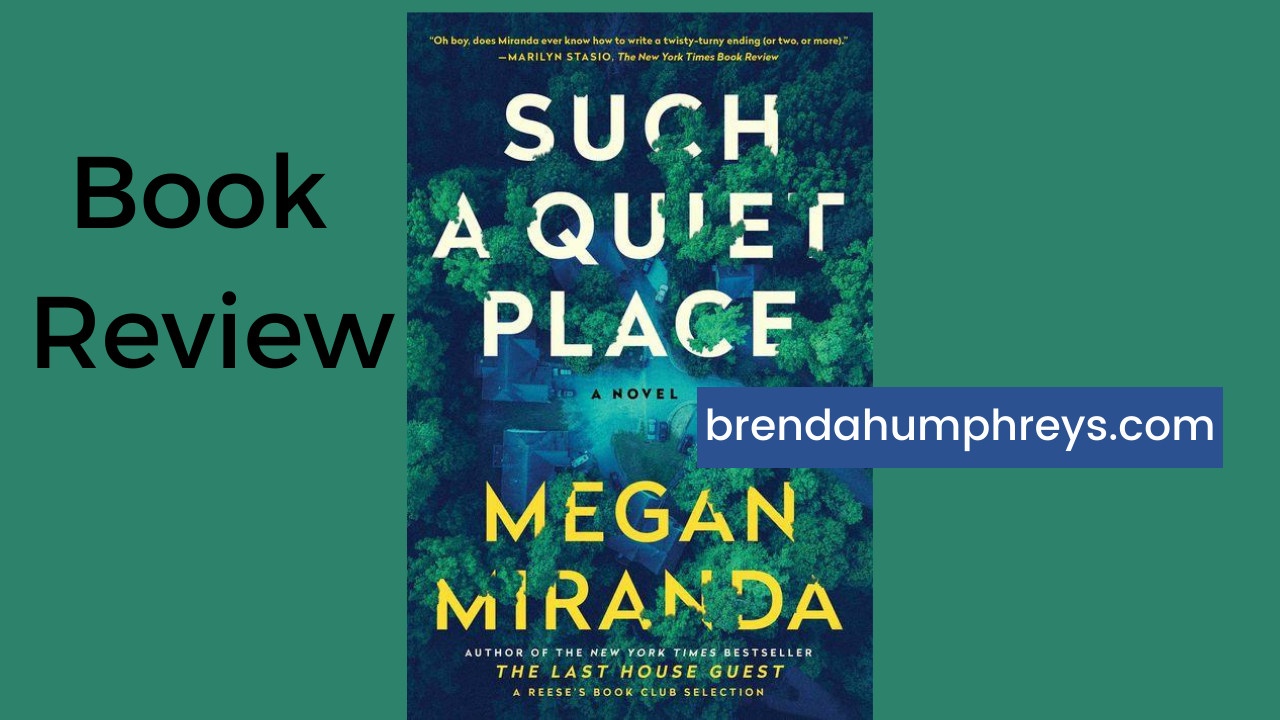 Such A Quiet Place, by Megan Miranda, is a mystery fiction novel.  I saw this book at Barnes and Noble and read the back cover, where it summarizes the story.  It looked interesting, so I decided to read the book. It is about a murder that happened in a small community and one of the residents, Ruby, was tried and convicted for it.  She is then released from jail fourteen months later and is determined to find who the real killers are.

I like to get caught up in a murder mystery book once in a while.  This book served this purpose.  It took me away to a place outside of my life and into the messed up lives of other people.  The story is fiction, but it is easy to identify ourselves with the characters.  It brings out the hidden truths we try to hide about ourselves.

Such a Quiet Place Synopsis

The author writes Such A Quiet Place from Harper Nash's point of view.  She lives in a small community called Hollow's Edge, where everyone knows everyone else's business.  They have a community pool where the residences celebrate holidays, have graduation and birthday parties, and also have community meetings. It is a nice quiet place to live with a lake nearby.

One night Brandon and Fiona Truett, residents in this quiet community, were murdered inside their own house.  Someone entered their home and turned on the car in the Truetts' garage while they were sleeping, and the carbon dioxide wafted through the whole house.  They were sleeping upstairs in their bed at the time. Brandon and Fiona died from carbon monoxide poisoning.

The carbon monoxide detector was missing from their house.  The police speculated that the murderer had disconnected the sensor, killed the Truetts, and then disposed of the detector in the woods.  However, no one ever found it during the investigation.

Ruby Fletcher, who lived with Harper, was accused and convicted of the crime. Ruby was a college student attending the university near the community where almost everyone in the community worked.  Nearly all residents had motion detector cameras on their property, which captured Ruby's movements that night.  It was a consensus throughout the community to gather evidence against Ruby.

"No one had budged in their opinion.  Not during the investigation and not even now.  They believed Ruby Fletcher was guilty.

Back then we believed she had done it because we had to.  Because if she hadn't been the one to sneak inside the house next door - to turn that key, to start that car - then it must've been someone else.

The Search For The Truth

Ruby and Harper were friends.  Ruby lived with Harper when Ruby was convicted and sent to prison.  After Ruby was released from jail fourteen months later, she returned to Harper's house.  It was unexpected.  It surprised everyone in the neighborhood when they heard that Ruby lived in their community again. Furthermore, they did not want her there.

"Ruby shifted to face me then, practically drunk with some unnamed emotion - excitement or power.  "We're going to sue," she said.

She smiled then, and I recognized it - her first real smile.  The authentic Ruby Fletcher.  The one I remembered.  And suddenly, I knew why she was here.  Knew exactly what she was doing, what she wanted.  Even before she said it, I knew:  "Someone's going to pay." p. 59

Ruby was determined to find out who really killed the Truetts and prove her innocence. Her attorney stated that Ruby was innocent and there would be another investigation because new evidence emerged in the case.  The attorney told a reporter from a news station on television.

I really enjoyed Such A Quiet Place.  I liked that the author did not try to pinpoint the murder on one person and then change it at the end. There was no thinking about who did it.  I was enjoying the process of finding out what happened that night when someone murdered the Truetts.  The author did not try to sway us into thinking it was a particular person, only that it was not Ruby.

"If it's not Ruby, it must be one of us."  This quote was the theme throughout the story.

At first, the story is slow.  The whole book takes place in a little over a month. However, I was waiting for the mystery to wrap up in the last one-third of the book.  It was getting intense. We know it is not Ruby that killed the Truetts, so who did it?  Was the real murderer going to kill someone else?

Another thing I liked about the book was that the author did not picture Ruby as this perfectly innocent girl.  She wasn't the one who killed the Truetts, but she did commit her own little crimes. It shows that none of us are completely innocent.  We all have a sinful nature and have done bad things in the past that we are not proud of.  It is easy to see ourselves in the characters.

This book was an enjoyable mystery book to read with lots of twists at the end.   It doesn't go too in-depth in the story, but it brings out the true character of people when they are in a situation where they can't trust anyone else.