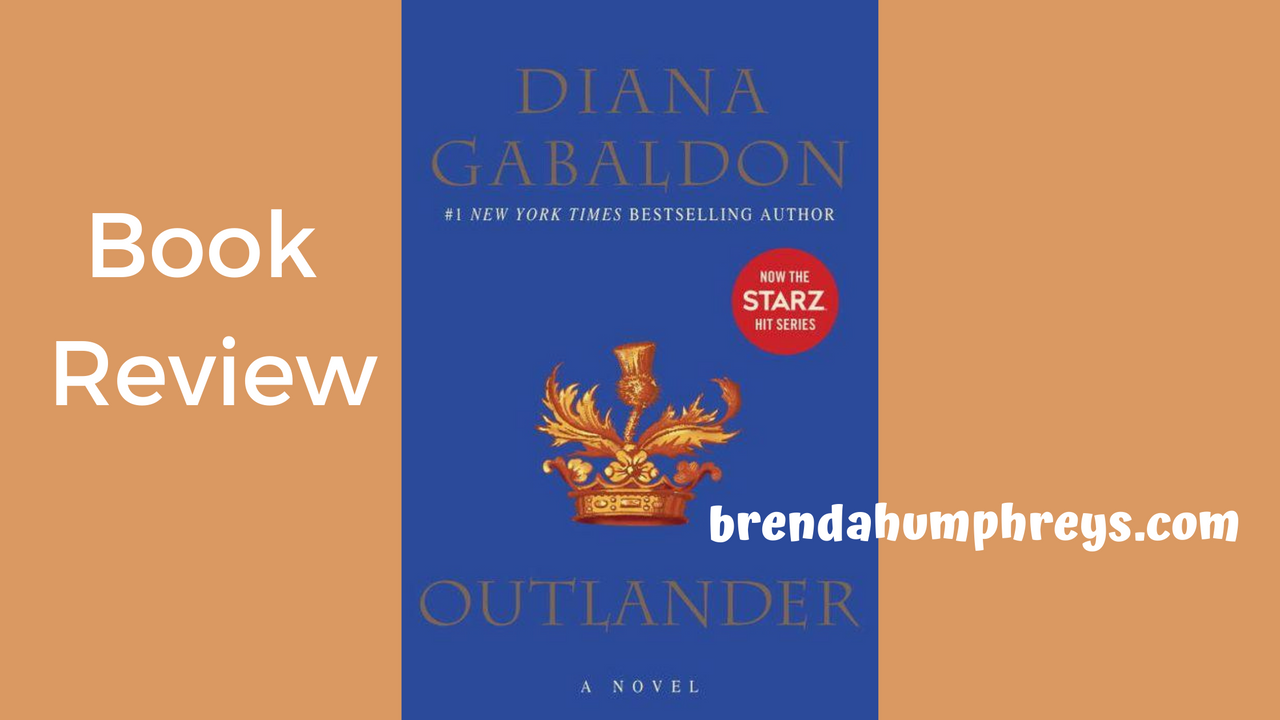 Outlander, by Diana Gabaldon, is a historical romance novel that includes adventure and time travel.  I began reading this book because a few people I know suggested I read the Outlander book series.  They raved about how good the books were.  After reading this novel, I agree.

I tried reading Outlander several years ago but stopped a short way into the book because I could not understand the dialect.  Similarly, I watched a few seasons of the show on TV and had difficulty understanding what they were saying, but I was interested in the story.  For me, books are usually more enjoyable since they have much more detail.  So I decided to reread the book a few years later, especially since I found a new book in this series is available.  I want to read it, but first I want to read the previous books.

Outlander is about a woman who touches a standing stone on Craigh na Dun and is transported to the past in the exact location 200 years earlier.  The book focuses on Claire's life in the 18th century, but it also flashes back to her life in the present in the 20th century.

The story begins in the year 1945, right after World War II is over.  Claire married Frank Randall eight years ago but have been apart for seven years because of the war.  Claire was a war nurse, and Frank worked in the Intelligence Unit.  They are taking their second honeymoon in the Highlands in Scotland to try to rekindle their romance.

Frank is a college history professor.  However, he fervently researches his family history as far back as the 18th century in his spare time.  Claire spends her time studying botany.  She always tries to discover new and rare plants while learning what medicinal use each plant has.  Both of these facts will be important when she travels back in time.

Traveling Back In Time Through The Stones

One day, Claire was gathering herbal plants on Craigh na Dun when she touched a stone, fell through, and ended up in the past.  The year was April 1723, when she went back in time.

The first person she ran into was Captain Jonathan Wolverton Randall.  He was not a nice person.  She soon figured out that he was probably Frank's great great great grandfather.  She was meeting Frank's relatives.  Captain Randall will become a prominent character in Outlander.

Scottish Highlanders rescued and captured Claire from Randall.  They went back to a cabin where Claire met Jamie for the first time.  Jamie had dislocated his shoulder from being hit with a musket ball and was in a lot of pain.  The other men didn't know what to do to help Jamie.  They were going to try to fix it, but Claire stepped in because they were about to do it all wrong, which would make the shoulder much worse.

Fixing Jamie's dislocated shoulder is the first time Claire demonstrates her skills as a healer, and it becomes her identity.  It is good that Claire is a nurse because Jamie gets injured many times throughout the story, and Claire needs to mend him.

They proceed on their journey to Castle Leoch, where many Highlanders live.  It is the MacKenzie residence.  Claire settles into life there as a physician.  Later, she ends up marrying and falling in love with Jamie Fraser, a Scottish Highlander.  Only six weeks after falling through the stones, Claire marries Jamie.   She had to get married or be taken away by Jonathan Randall, which no one wanted to happen.

Claire, however, is still trying to find her way back to Craigh na Dun to go back to her home and her life with Frank, her husband, in the 20th century.  She is married to two men from different centuries.

"It troubles you," he said, tilting his head to look at me intently.  "Not headache  I don't mean.  Frank.  You're thinking of him, and so it troubles you when I touch you, because ye canna hold us both in your mind.  Is that it?" (p. 304)

The essence of Outlander is the romance between Claire and Jamie.  There are many obstacles and adventures.  However, they get through it because of their love for each other.  Finally, Claire must choose whether she wants to stay with Jamie in the 18th century or go back to Frank in the 20th century.

My Analysis of Outlander

I was captivated by this exciting story with so much depth and history.  For me, history is much more engaging in a story format where I can experience how the historical events affected people's daily lives.

In Outlander, the second Jacobite Rising will be happening in a few years in Scotland in the year 1745.  I had never heard of this before, so I briefly researched it to understand what was happening.

I also liked that the author keeps us informed on how long it has been since Claire fell through the stones into this new life.  Time is passing by in the present also.

I also liked that the author keeps us informed on how long it has been since Claire fell through the stones into this new life.  Time is passing by in the present also.

The author divides the book into sections and chapters, and each is titled.  Each section (the author calls parts 1, 2, etc.) is a new adventure, usually in a new location.  It is very organized.  However, it also flows right into the next section.